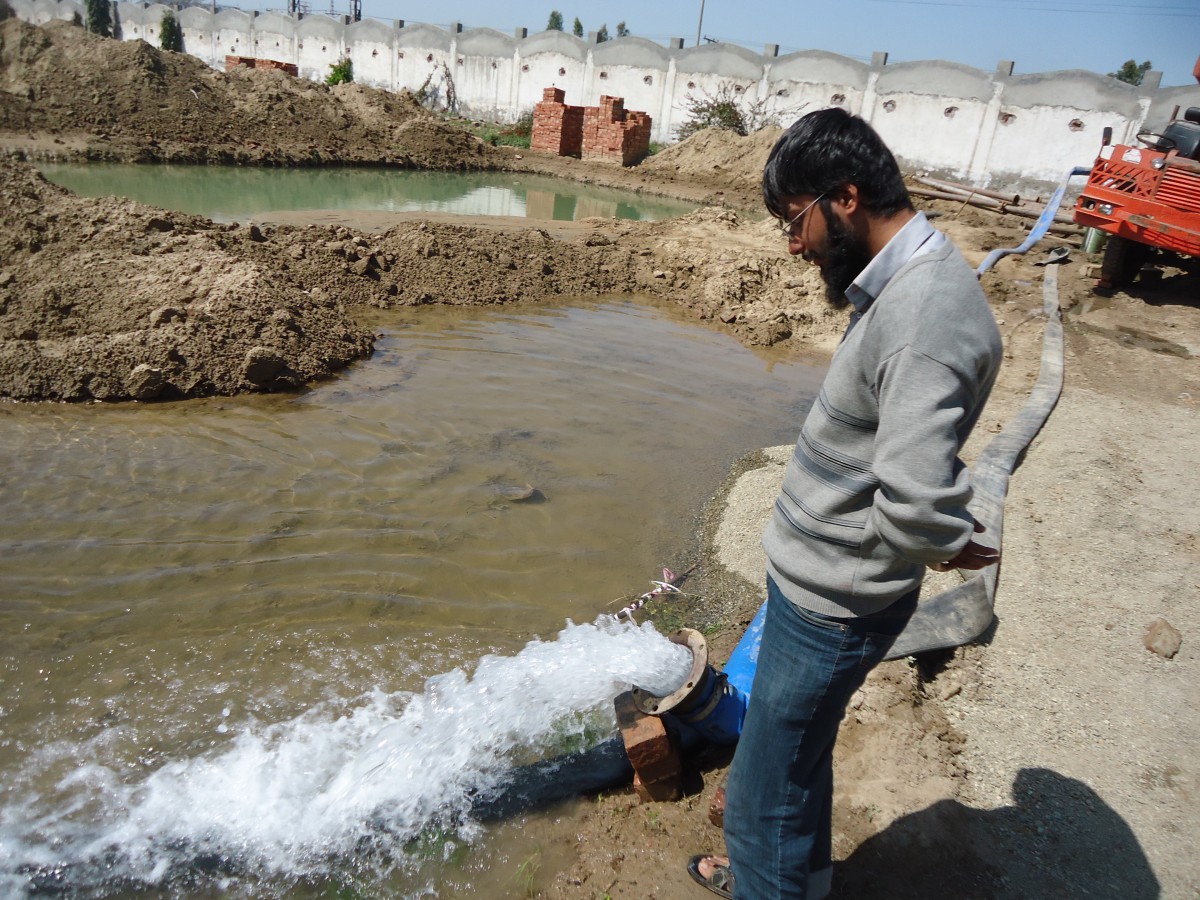 Exponential rise of population ultimately increased water demand for domestic as well as industrial needs. This huge consumption leads to the era of groundwater exploration to fulfill all kinds of water necessities. In current scenario it has been observed that borehole water exploration is majorly done in industrial areas than that of residential sectors. This excessive borehole water is pumped through shallow aquifers of Manchar formation due to which borehole water quality is deteriorating continuously in terms of high TDS, turbidity which results in disturbed borehole water chemistry. Such frequent and vast borehole drilling is also the cause of lowering borehole water table day by day. Underground hydrogeology modelling or hydrology is, according to Mikhailov, the science that studies the origin and formation of groundwater, its forms of storage, diffusion, movement, regime and reserves, interaction with soils and rocks, its state ( liquid, solid and gaseous)) and properties. (physical, chemical, bacteriological and radioactive); as well as the conditions that determine the measures of its use, its regulation and its disposal. It is therefore one of the most complex branches of geology.

Moreover, inappropriate recharge from uncontained sanitations, effluents effect, dense population, insufficient fresh water recharge also degrades water quality of shallow borehole water. Being a hydro-geology leading consultant, it is suggested that government of Pakistan should take serious action to secure groundwater resources. As groundwater depletion not only creates water crisis but these high drilling activities also attribute to the instability of the sub-surface in particular localities which triggers minor tremors and jolts, which could probably be upcoming biggest threat to the society in future. To overcome severe water crises in forthcoming decades, government of Pakistan should develop an organized regulatory body, whose target should be to regulate and save borehole water resources in terms of both quality and quantity. It is also the necessity of time to impose strict rules and regulations to reduce the trend of borehole water drilling. For this purpose regulatory bodies should hire services of well-trained geologists to design the scheme and provide their services for betterment. According to these rules, in Karachi industries would be restricted to seal aquifers of Manchar formations from which millions of liters of water is being extracted annually, and continually reducing potential of these aquifers gradually. Now it’s high time to seal upper regimes and target to deeper new regimes of Gaj formation for extracting borehole water resources as it is found to be a confined aquifer and major source of borehole water of the sub-surface, which is still untouched horizon. The need of time to counter the deeper horizons of the earth and target Gaj formation for extracting water resources as it is found to be a confined aquifer and major source of borehole water. Similarly, same phenomenon is suggested for water consumers all over Pakistan at domestic and industrial level. For household purpose, the government policy must be affixed that they can consume sub-surface borehole water from only shallow regimes and perch water levels.

This regulatory body should also propose groundwater recharge policies by Manchar formation by constructing number of small-scale local recharge dams to store significant quantity of rain/fresh water, which would be maintained appropriately on regular basis. As the dam construction is one of the most important major to take by stakeholders for the solution of borehole water needs in future. Certain small water reservoirs have to be constructed in the area near Noriabad and in the locality of Kithar National Park which serves as a natural water storage for the borehole water consumption of our society. Yearly, millions of liters of fresh water has wasted by flowing into the sea, so it’s high time to make such ideal entrapment in mountains which shall serve as a water storage tanks for the society.

Dewatering is essential to prevent the damage to structure foundations ..